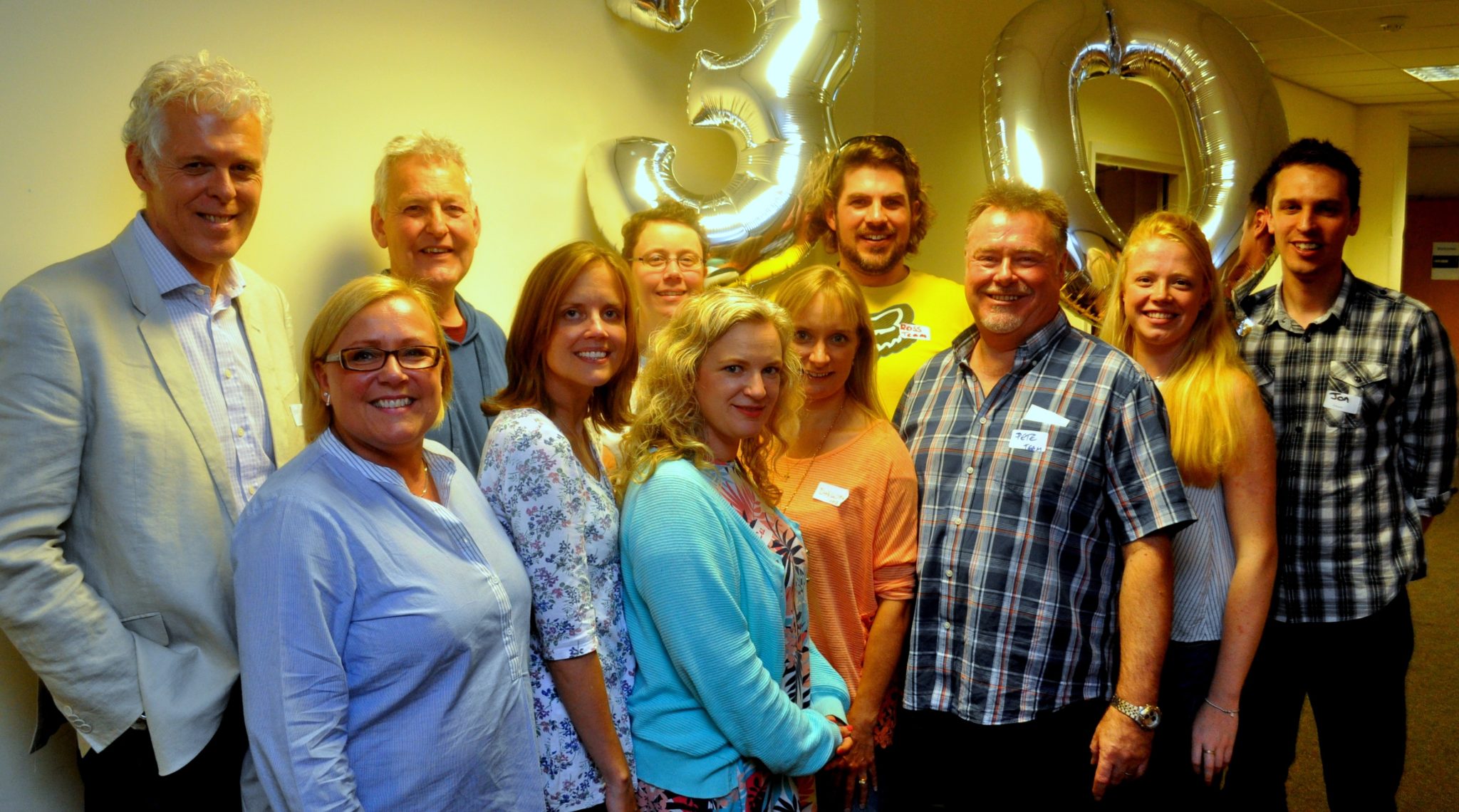 On 9th September, more than 70 people gathered together in Luton to celebrate the thirtieth anniversary of the DNA discipleship training program.  Ex-trainees from across the thirty year span joined with church leaders and current DNA team members to pray, give thanks and let off party poppers in recognition of this great achievement.  Director General of the Evangelical Alliance Steve Clifford was also there to give his congratulations as well, having been involved since its beginning.

Originally part of the Pioneer church movement, DNA began life in 1987 as the ‘TiE (Training in Evangelism) Teams’ course but changed its name ten years later. Now running as an independent charity, the course has seen over 1200 participants go through the Oct-Aug program since then and plans to go on providing opportunities for church-based discipleship for a long time to come yet.  DNA Team Leader Pete Gilbert said: “The DNA 30th anniversary was an important gleaming moment in time to reflect on the goodness and faithfulness of God…. So thrilling to see ex trainees from the first year all the way through to the upcoming year and gathered from more than 6 nations”.   Steve Clifford also felt it was an important occasion, remarking: “What an amazing privilege it was to celebrate 30 years of DNA and to look around the room and realise this was a representative of hundreds of lives who have been significantly affected by DNA team and their commitment to raise up passionate followers of Jesus”.

DNA works in partnership with many Christian organisations as it seeks to equip people of all denominations.  The leaders have developed the initial year’s program so that there is now the option of a second and third years’ training as well.  If you would like to find out more about DNA, visit www.dna-uk.org or contact them on dna@dna-uk.org.